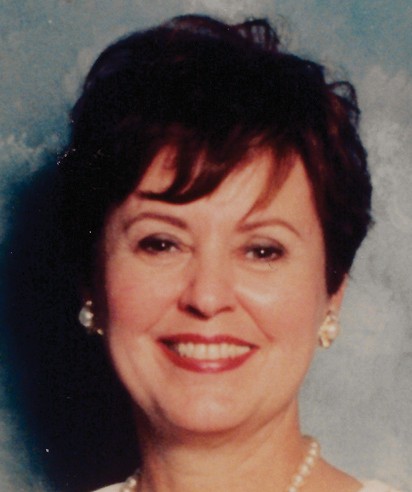 Carmen Trisha Shires was born to Myron Jewel Shires and Bernice McVickers Shires at the original Sacred Heart Hospital in Pensacola. Nine years later, her sister, Karen, was born and resides now in Atlanta, Georgia with her husband Bill Frantz.

Carmen graduated from Escambia High School and attended Mississippi College for Women and Purdue before graduating college from The University of West Florida with a degree in Elementary Education. She taught for a few years and then married the love of her life, Robert “Bob” Oefinger June 28, 1974.

They had a daughter Jennifer and lived in Pensacola until 1996 and then moved into their dream home they built on the water in Gulf Breeze.

During these years, they owned over sixty rental properties, two clothing stores called Gigi’s, and she had time to be room mother and a Girl Scout leader. Socially she was part of a Mardi Gras Crew and loved to cruise and snorkel in the Caribbean.

Bob passed away in 1996 and their daughter Jennifer married Shawn Keenan in 1997.

Carmen reinvented herself with a fresh start in Central Florida in the Villages where she spent her last years.

She leaves behind her daughter and two grandchildren, Kate and Kyle Keenan, and her sister Karen Frantz. Family will have a private burial at NAS Pensacola and in lieu of flowers, tributes can be made to Alzheimer’s Association.