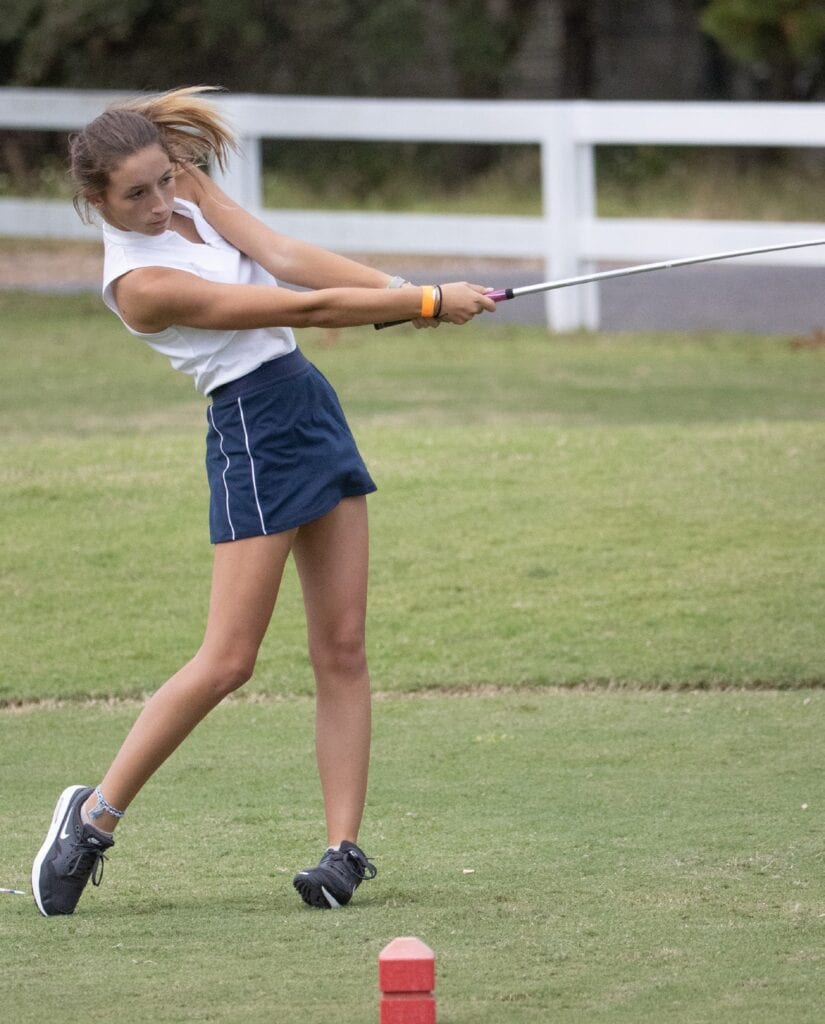 Mia Hobbs recorded a hole-in-one on the second hole of her round last week. GBHS finished second to Washington in the three-team match, wtih Milton finishing third. Submitted Photo

GBHS junior Mia Hobbs made a hole-in-one during a three-team meet Oct. 6 at Tiger Point.

Hobbs aced the second hole of her nine-hole round, finishing her round by shooting a 38.

Taylor Reeves was the low medalist, shooting a 36. It was her fourth round this season shot under par.

Both the GBHS boys’ and girls’ golf teams competed in district tournaments earlier this week.

The girls competed Tuesday at Scenic Hills, while the boys competed at Perdido. The regional tournament for both teams will be at Tiger Point.

More From Sports Go To The Sports Section