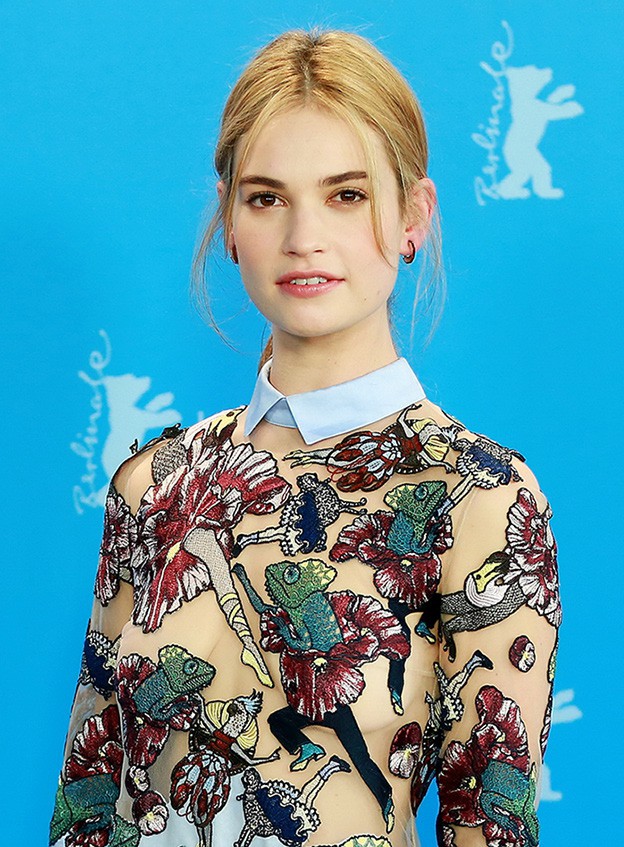 Q: So I know pictures of ­actress Lily James surfaced of her spending time with a ­married man, but was she ­dating Chris Evans at the time these PDA photos came to light? Did Lily James cheat on Chris Evans? — B.P.

A: I don’t believe so. Lily James (“Cinderella,” ­“ Downton Abbey”) and Chris Evans (“Captain America”) were photographed together in London this past summer, but it appears it was just a fling. The married man you’re ­referring to is British actor Dominic West.

The two made the ­tabloids recently when James rode on the back of West’s scooter in Rome during a break from filming their upcoming series, “The Pursuit of Love.” West, who is married to an heiress, reportedly told James that he and his wife had an open ­marriage. I believe this was news to the wife.

As for Evans, I wouldn’t worry about him getting his heart broken. He has a ­reputation as a nice guy and has been spotted with several beautiful ladies since his split with actress/comedian Jenny Slate (“Gifted”) several years ago.

Q: Whatever happened to actress Eva Mendes? I just realized I haven’t seen her in anything in years. — K.M.

A: It’s been six years since Eva Mendes has acted, but she has a good excuse: ­motherhood.

After her starring turn in the Denzel Washington film ­“ Training Day,” Mendes ­became an A-list actress, landing film after film. In 2012, she acted opposite Ryan Gosling and fell in love. The couple went on to have two children together, and Mendes took a break from the spotlight. When Gosling was nominated for an Academy Award, Mendes didn’t walk the red carpet with him because she said she’d rather stay home with their girls.

Mendes met Gosling while filming the movie “The Place Beyond the Pines” in 2012. She did hint in a recent ­interview that she’s considering a return to acting now that her children are a little older, saying she’d love to play a Disney villain someday.

Q: Is Joe Giudice still ­living in exile in Italy? Is there any chance he’ll be able to live in the United States again? — W.G.

A: Even though “Real Housewives of New Jersey” star Joe Giudice had lived in the United States since he was an infant, he never became a legal U.S. citizen. After ­he was convicted of various fraud charges and served his sentence, the judge ordered him to return to his native Italy. His four heartbroken daughters ­visited him, along with estranged wife Teresa Giudice, who still ­appears on “RHoNJ.” It’s been a year since his banishment, so it doesn’t appear the law will change its mind.

Joe announced that he’s currently in the wholesale furniture business and is training for a celebrity boxing match. He longs to visit the U.S., though, where his family is, but has accepted his fate.

As for Teresa, a new season of the “Housewives” franchise will air sometime in 2021, ­having been delayed, like most Hollywood productions, due to the pandemic.