Passion of the Christ star Caviezel now starring in ‘Infidel’ 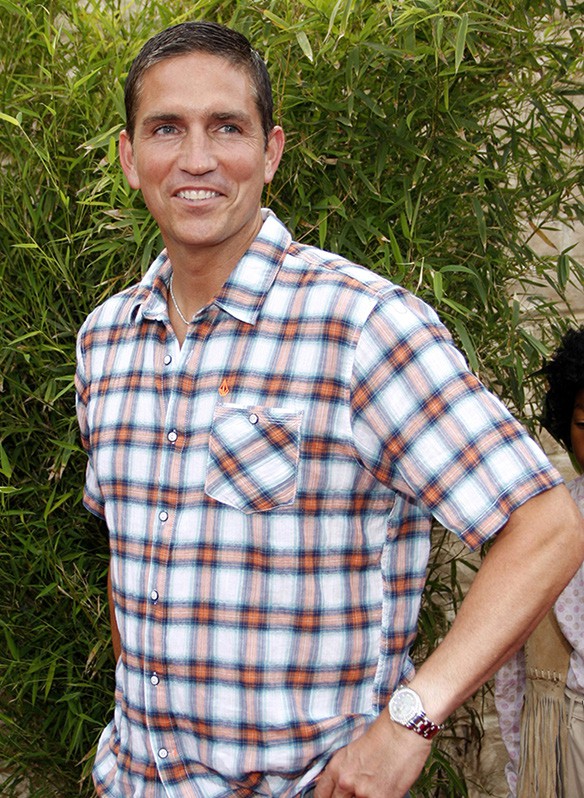 Q: What is Jim Caviezel ­doing these days? I really loved his portrayal of Jesus in Mel Gibson’s movie years ago. — O.S.

A: Jim Caviezel grew up in a Catholic family and likely caught the acting bug from his mom, as she was a ­theater ­actress. He first gained ­attention for his role in the war movie “The Thin Red Line.” In 2004, he gained worldwide fame starring in “The Passion of the Christ.”

Since the mid-2000s, he has done some smaller films, but he is probably recognized more for his role on the hit TV show “Person of ­Interest.” It ran for five years on CBS and also starred Michael ­Emerson (“Lost”) and Amy Acker ­(“ Angel”).

The 52-year-old Caviezel’s current project is the action film “Infidel,” which ­premiered in theaters in September, and the upcoming “Sound of ­Freedom,” which is noted to be in the post-production stage and also stars Mira Sorvino.

If you’re keeping track of Gibson’s career, he’s set to ­direct a remake of the Sam Peckinpah film “The Wild Bunch,” about a group of ­bandits chased by bounty ­hunters. ***

Q: Doesn’t Seth Meyers, who used to do the news on “Saturday Night Live,” have a twin brother who was on “Mad TV”?

Is he still acting or is he doing something else these days? — G.P.

A. Seth and his younger brother Josh may strongly resemble one another, but they’re not twins. For a while they were on competing sketch comedy shows at the same time, Seth on NBC’s “SNL” and Josh on Fox’s “Mad TV.”

Seth now has his own talk show on NBC, “Late Night with Seth Meyers,” while Josh is still writing and acting. He also pops up ­occasionally on “Late Night” doing ­celebrity impressions, ­including his hilarious ­Matthew ­McConaughey and California Gov. Gavin Newsome.

Q: Who is actress Helen Mirren married to? I always thought it was a famous ­director, but my husband said it’s Keanu Reeves. — P.S.

A: British actress Helen Mirren has been married to Hollywood director Taylor Hackford for more than two decades. His credits include the Oscar-nominated Ray Charles biopic “Ray,” which starred Jamie Foxx, and the acclaimed “An Officer and a Gentleman,” which starred Richard Gere and Debra Winger.

He met Mirren while ­directing her in the drama “White Nights” about a ­Russian ballet dancer.

However, they took their time with their relationship and didn’t marry until a ­decade later. In fact, Mirren has said in interviews that previously she had no intention of ever walking down the aisle, but then she “met the right turnip” in Hackford, and they’ve been together ever since.

As for Keanu Reeves, your husband might have gotten the idea because Reeves’ silver-haired girlfriend, artist­ Alexandra Grant, resembles Mirren.

He walked the red carpet with her last spring, and ­online ­message boards lit up with ­questions ­asking if Keanu was dating Mirren.

Both of these beautiful, ­accomplished ladies probably took this as a compliment.